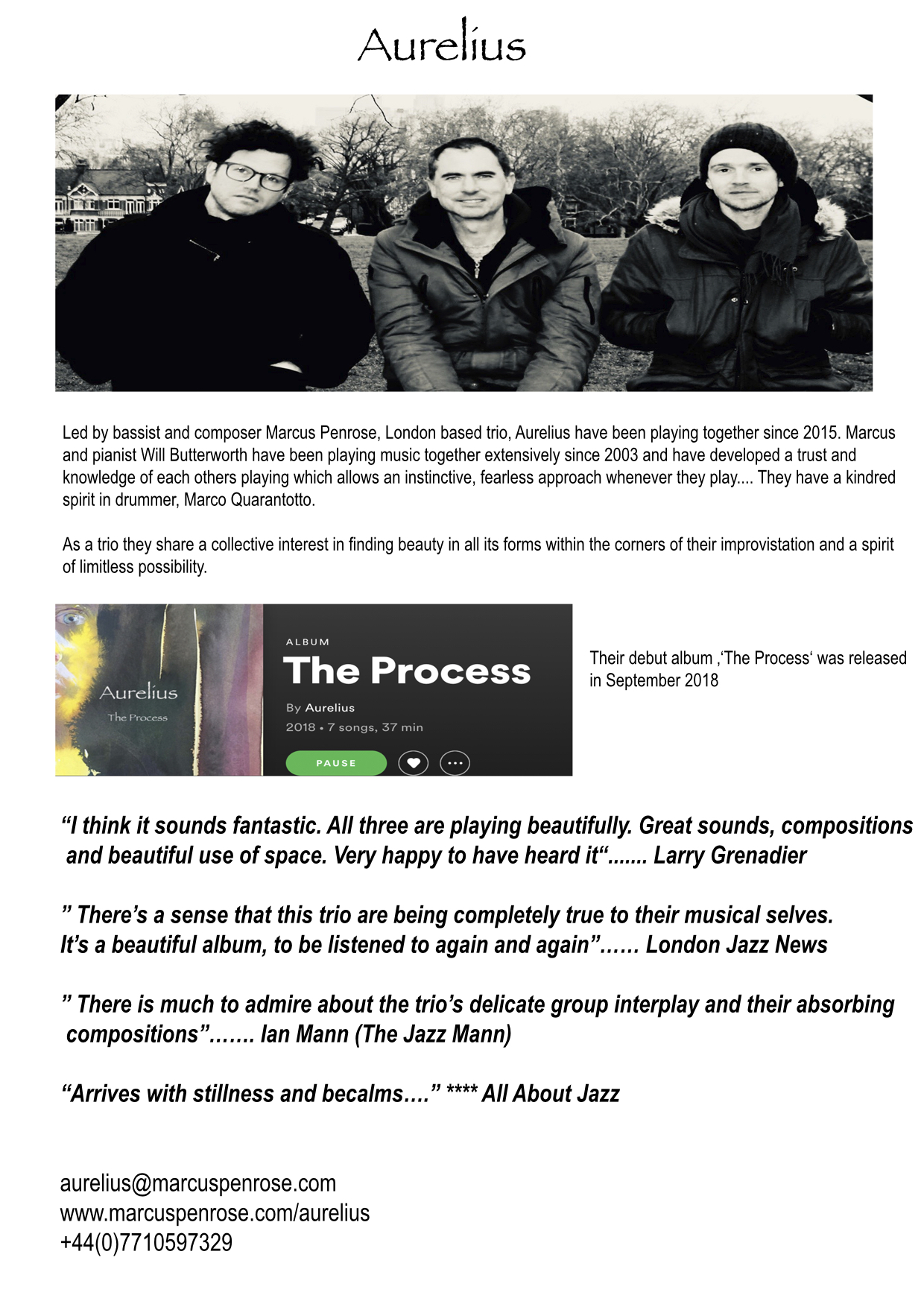 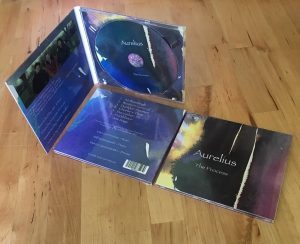 Here’s some more about the musicians

Marcus Penrose – bass & compositions – Born and raised in Cornwall, bassist Marcus recklessly swapped the relaxed coastal lifestyle for the intensity of London at the age of 18. Over the ensuing years he has performed in countless musical lineups throughout London, the UK and Europe. Amongst other projects he is currently a member of saxophonist Tom Neale’s Quartet and is writing and performing with the internationally acclaimed physical theatre company, Spymonkey.

Will Butterworth – piano & compositions – Born in Scotland, raised in Devon and now living in London, pianist Will Butterworth has worked extensively with many of the UK’s finest musicians including Dylan Howe, Asaf Sirkis, Andy Shepherd, Bill Bruford, Julian Siegel, and recently in a duo with Hadley Fraser. He was one half of the critically acclaimed ‘Stravinsky Duo’ with Dylan Howe, reinterpreting the works Stravinsky for drums and Piano. He has released 4 albums as band leader and his music has been heard on Radio 2,3 and classic FM. His latest quartet album ‘The Nightingale and the Rose’ – a suite of original music based on Oscar Wilde’s Children’s story of the same name – will be released on Jellymould jazz this September.